The Growing Trend in Japanese Fashion 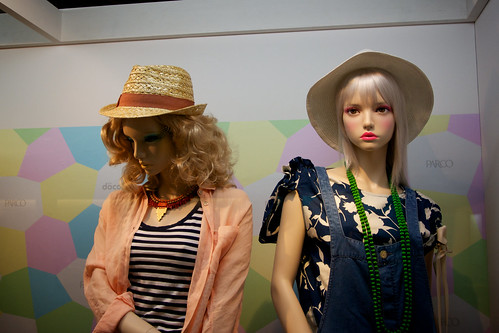 Japanese Fashion is something unique in the whole industry; it is a synergy of a culture, and represents the one of a kind nature of a people. Flamboyance, energy, and colour explode from Japanese fashion and this sense of fun and quality has helped to make it, and Asian fashion clothing in general the toast of the fashion world.

One of the first things that many people associate with Japanese fashion is the classic image of school girl styles and bright and over the top J-pop references and styles. However, in recent years Japanese and Asian fashion clothing has begun to move away from this stereotyped image and is branching out into high class, Avant garde fashion.

You can also forget about other traditional Japanese dress styles, such as the kimono, instead new Japanese fashion follows more closely to Issey Miyake and Yohji Yamamoto. These two designers emerged in the 1980’s and blazed a trail long before Asian fashion clothing became a trend.

There is perhaps no other fashion industry as in tune with its mother country, and with the fabric of the cultural designs, and the DNA of the people. If cities in Japan such as Osaka and Tokyo are flamboyant pictures of neon excess and experimentation, then Japanese fashion reflects this with its boldness of design on the catwalk, and its innovation and quality on the street.

There is now a prominent underground punk scene in Japan, and youths have embraced a fashion trend that is full of attitude, but strays away from western punk ideas. This punkish look has been embraced ever more frequently by designers, and its tentacles can be seen in high end fashion show designs and high street department stores.

This punk style is a much freer form of expanding fashion, and has perhaps not been seen in Europe or the USA since similar movements swept those nations decades ago. This makes Asian fashion clothing have the edge when it comes to urban cool for the consumer, while on the runways it has caught the eye for its sophisticated style mixed with rebellious touches.

While these Japanese fashion trends were at first retained within Asian shores, they have since moved worldwide, and along with Korean and Chinese fashion, have become the newest hot hit on the global fashion scene. And as Asian sub cultures continue to exert influence all over the world, Japanese fashion is set to continue its rise to prominence and remain one of the freshest style scenes at the moment.

For the very best Japanese fashion follow the links Coco-Fashion.com to see the latest in Asian fashion clothing where all the best designs are available.

This course is currently included in our 2 for 1 promotion.

Buy Online: Put 2 courses in your shopping basket by clicking the buy now button. Our website will automatically then work out the deal for you and give you the cheapest course for FREE!

This course is currently included in our 3 for 2 promotion.

Buy Online: Put 3 courses in your shopping basket by clicking the buy now button. Our website will automatically then work out the deal for you and give you the cheapest course for FREE!